This post describes how Glean supports incremental indexing of source code, to maintain an up-to-date index of a large repository using minimal resources. This is an overview of the problems and some aspects of how we solved them; for the technical details of the implementation see Implementation Notes: Incrementality.

Indexing a large amount of source code can take a long time. It's not uncommon for very large indexing jobs to take multple hours. Furthermore, a monolithic indexing job produces a large DB that can be slow to ship around, for example to replicate across a fleet of Glean servers.

Source code changes often, and we would like to keep the index up to date, but redoing the monolithic indexing job for every change is out of the question. Instead what we would like to do is to update a monolithic index with the changes between the base revision and the current revision, which should hopefully be faster than a full repository indexing job because we only have to look at the things that have changed. The goal is to be able to index the changes in O(changes) rather than O(repository), or as close to that as we can get.

To produce a modified DB, we hide a portion of the data in the original DB, and then stack a DB with the new data on top. Like this: 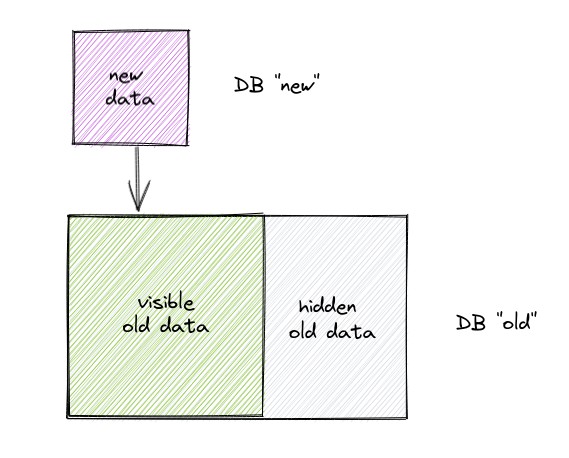 The user asks for the DB "new", and they can then work with the data in exactly the same way as they would for a single DB. The fact that the DB is a stack is invisible to a user making queries. Furthermore, the DB "old" still exists and can be used simultaneously, giving us access to multiple versions of the DB at the same time. We can even have many different versions of "new", each replacing a different portion of "old".

When facts are added to a Glean DB, the producer of the facts can label facts with a unit. A unit is just a string; Glean doesn't impose any particular meaning on units so the indexer can use whatever convention it likes, but typically a unit might be a filename or module name. For example, when indexing a file F, the indexer would label all the facts it produces with the unit F.

To hide some of the data in a DB, we specify which units to exclude from the base DB, like this:

would create a DB <new> that stacks on top of <old>, hiding units A, B and C.

So to index some code incrementally, we would first decide which files need to be reindexed, create an incremental DB that hides those files from the base DB and then add the new facts.

To implement hiding correctly, Glean has to remember which facts are owned by which units. But it's not quite that simple, because facts can refer to each other, and the DB contents must be valid (which has a formal definition but informally means "no dangling references"). For example, if we have facts x and y, where x refers to y: 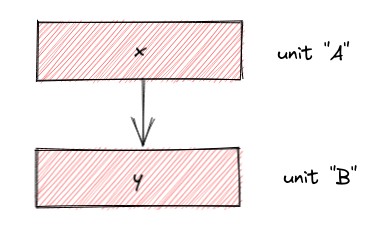 and we hide unit B, then y must still be visible, otherwise the reference from x would be dangling and the DB would not be valid.

So after the indexer has finished producing facts, Glean propagates all the units through the graph of facts, resulting in a mapping from facts to ownership sets. 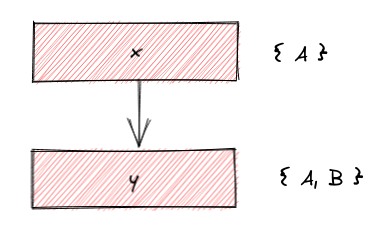 It turns out that while there are lots of facts, there are relatively few distinct ownership sets. Furthermore, facts produced together tend to have the same ownership set, and we can use this to store the mapping from facts to ownership sets efficiently. To summarise:

As a result, keeping all this information only adds about 7% to the DB size.

What about derived facts?​

Derived facts must also have ownership sets, because we have to know which derived facts to hide. When is a derived fact visible? When all of the facts that it was derived from are visible.

For example, if we have a fact r that was derived from p and q:

The ownership set of r is { P } & { Q }, indicating that it should be visible if both P and Q are visible. Note that facts might be derived from other derived facts, so these ownership expressions can get arbitrarily large. Normalising them to disjunctive normal form would be possible, but we haven't found that to be necessary so far.

There are three aspects to performance:

So far we have only been considering how to stack a single increment on top of a base DB. What if we want to create deeper stacks? 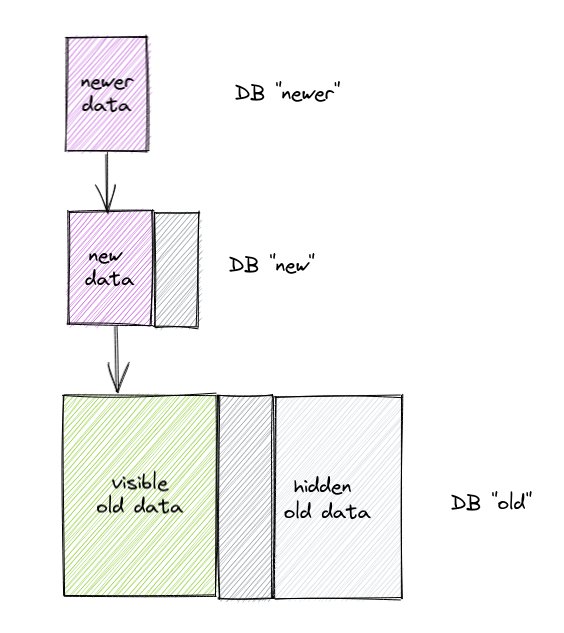 The DB "newer" stacks on top of "new", and hides some more units. So there are now portions of both "new" and "old" that need to be hidden (the darker grey boxes), in addition to the original portion of "old" that we hid (light grey box).

As before, we might have multiple versions of "newer" stacked on top of the same "new", and in general these DB stacks form a tree. All the intermediate nodes of the tree are usable simultaneously: no data is being modified, only shared and viewed differently depending on which node we choose as the top of our stack.

One interesting aspect that arises when we consider how to track ownership of facts in this model is fact dependencies across the boundaries between DBs. For instance, suppose we have 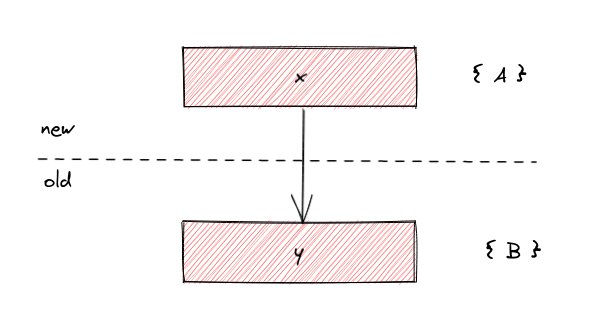 A fact might be derived from multiple facts in different DBs in the stack, and we have to represent its ownership correctly. Therefore

This is the most complex diagram in the post (phew!): 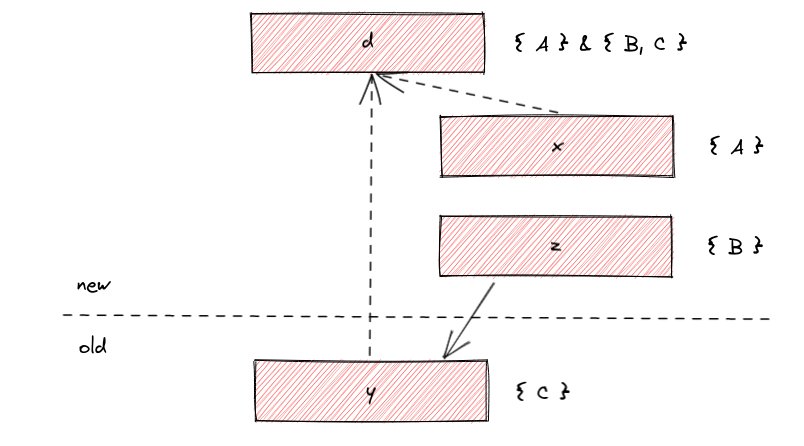 Tracking all this shouldn't be too expensive, but it's tricky to get right!